On 1 January, the Secretariat’s new peace and security architecture came into effect. The Department of Political and Peacebuilding Affairs (DPPA) and the Department of Peace Operations (DPO) now jointly oversee eight new regional divisions, each managing a mix of peacekeeping operations, special political missions and non-mission settings. These Divisions -- which replace the regional divisions in DPKO and DPA – are being supported by policy and thematic capacities from both Departments, including the expanded Peacebuilding Support Office within DPPA. The whole structure is supported by shared administration and services. Find the organigram here.

Preparations for the transition have been intense. Staff in DPA, DPKO and PBSO, together with a small transition team, began working on six workstreams in September to plan for a smooth process of change and to identify ways to realize the benefits of this reform. In December, staff were notified of their assignments in the new organigram, and a pilot Regional Division (covering the Americas under Director Laura Flores) began operating. That approach allowed for the testing of what some call the “wiring and plumbing” of the new structure, including processes for internal information-sharing and decision-making. Staff in the newly merged Executive Office clocked long hours in the final weeks ensuring that administrative arrangements were ready for the new year. 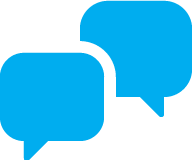 “I really hope the reform will help us see and do things differently, and realize that as the world changes, so must the way we go about our business.”

“With any large organizational change, we should expect some short-term bumps“, USG DPPA Rosemary A. DiCarlo told SRSGs on 18 December, “but we are committed to working through these and, especially, ensuring that we offer continuous support to all our field Missions.”

In line with the principles of the Secretary-General’s management reform, efforts are under way to increase delegation of authority on substantive, management and administrative matters, and to simplify routine work processes. These will be accelerated in 2019.

An organigram depicting the new Peace and Security pillar structure.

“On 1 January 2019, 50 per cent of the reform will be in place. The other 50 per cent will be realized over the course of the year, with a focus on streamlining and simplifying current practices, working methods and cultures”, USG DPO Jean-Pierre Lacroix told staff on 17 December.

“Structures change on 1 January, but it doesn’t end there”, says Chris Coleman, head of the peace and security transition team. “The whole of 2019 is a period of opportunity to change the way we do business and improve results in the countries we serve”.

He notes that the new structure should facilitate greater coherence in UN approaches to country and regional settings that were previously dealt with by two Departments. It should ease integrated planning for “transition settings”, as currently in Haiti (Ms Flores, formerly of DPA, will lead a Strategic Assessment Mission in January to prepare for the closure of MINUJUSTH). And newly merged capacities will enhance support for critical partnerships, for example with the African Union and the World Bank.

As the three interlinked reform streams take deeper root in the first half of 2019, we should begin to see more complex benefits. In Mission settings, the delegation of management authority should help better align political priorities to resources. Interaction with the new Resident Coordinator system will potentially offer a wider range of tools to support regional and country-based conflict prevention and peacebuilding. Over time, and with sustained support to change management, there is huge scope for our peace and security efforts to become more nimble, adaptive and accountable.

The framework is intended to help us know we are delivering the reforms we promised.

The System is Changing

This is the main message of UN Secretary-General António Guterres at the ECOSOC Operational Activities for Development Segment, where he briefed Member States on the progress of repositioning the UN development system.

Briefings held on new delegation of authority with heads of entity

To establish a dialogue with heads of entity who received enhanced delegated authority from the Secretary-General on 1 January 2019, the Under-Secretaries-General for Management Strategy, Policy and Compliance (DMSPC) and for Operational Support (DOS) co-chaired two regional briefings, with support from their Assistant Secretaries-General in late January.